The ‘Poor Me Cave’

I am an emotional support specialist and mindfulness teacher and have spent a couple of decades working on my emotions and mindset, so you would think that a little thing like a wasp-sting could not send me into a ‘poor me cave’, right?

Last week showed me that it does not matter how much work I do on myself, I am still human…not superhuman and that fact is important to share, in case anyone reading this feels ‘less than’ because they still sometimes react negatively.

My healing GPS works well but last week it sent my body in the wrong direction and I found myself sitting, in Emerg’ with IV steroids and antibiotics running through my veins…ouch

That ‘ouch’ was as much for my bruised ego as it was for my balloon-shaped hand.

Sitting there, the self-torturing began, ruminating on why I was unable to stave off the swelling and infection and berating myself for my failure at self-healing, which launched me into a full blown case of ‘imposter-syndrome’

How can I offer things to others when I can’t get them to work for myself?

Seriously, one minute you are loving life and trying to save the world, when one wasp sting later you are crawling into the ‘poor me cave’ with ‘you are pathetic’ thoughts filling your head.

I was thrown back a couple of decades, to when everything in my life was a pill or surgery and I lived in the ‘poor me cave’

That cave held excuses for avoiding personal-responsibility and helped me to blame my worsening mental health on my poor physical health. I sat in there blaming everyone and everything outside of it, for making me feel as bad as I did.

Last week, I watched myself succumb to the lure of the cave because it felt comfortingly familiar and an easier option than remaining upbeat and positive.

I craved sympathy and wanted attention, but I also wanted to do nothing at all. I didn’t even meditate because that felt too hard.

Perhaps I knew that retreating into my cave would let others see my suffering and they would care for and not judge me for being pathetic?

I believe that negative emotions affect our ability to heal and it is the cornerstone of the Dr. Bach philosophy to which I work.

So, you’d think that I would be an expert at turning my own negative emotions around, right?

Caught in my own drama, especially one which affects me physically, I can get lost in the forest because I can’t see the trees…and that’s just the way it is for me…until it isn’t.

I get lost much less frequently and for shorter periods, these days and this most recent visit to the ‘poor me cave’ was short lived, which I credit to my Bach Flower remedy box and a decade of mindfulness practice.

But it was a shock to see how easily I was tempted back there because my ‘poor me cave’ proximity-alarm usually sounds when I notice that I am inwardly grumbling about stuff.

It mostly starts with the toast crumbs on our counter.

A tiny thing, but it indicates that I am in blame-mode and need to stop, before resentments spiral into my old patterns which include stomping around, loudly sighing, so that people know that I am unhappy and going in a ‘huff’ for days because I can’t communicate what the matter is.

Both classic ‘poor me’ behaviors that I regularly displayed because I did not understand that I was responsible for my own feelings. Not other people.

My Bach Flower remedy Willow helped me escape from victim-mode, years ago and it worked quickly to release me from my ‘poor me cave’, last week. 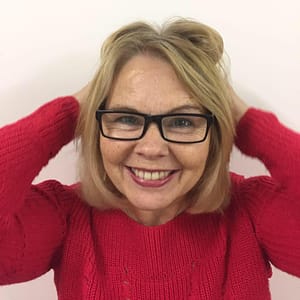 healing@linseydenham.com
Linsey Denham brings 26 years of nursing experience into helping her clients feel better. Having used the three therapies she now offers, to improve her own wellbeing and to navigate married life and motherhood, she has no doubts about being able to help others.

healing@linseydenham.com
Linsey Denham brings 26 years of nursing experience into helping her clients feel better. Having used the three therapies she now offers, to improve her own wellbeing and to navigate married life and motherhood, she has no doubts about being able to help others.

If you are looking to expand the awareness of your business in the marketplace, and as well as develop a trusted pool of business advisors and mentors, the Mississauga & Area Women in Business could be the group for you. Please take a few minutes to explore our site to see what we have to offer. You won’t be disappointed!
Join us on Facebook!

Facebook Instagram
PrevPreviousThe Young and the Restless – Homeschool, Remote Learn or Back To School, Don’t Forget To…
NextTry This To Help You Become a Better ListenerNext

Well, it’s November, the leaves have fallen and have been replaced with poppies.  Here in Canada, not only do we celebrate Remembrance Day on November

The 5 Steps In The Creative Process

The 5 Steps In The Creative Process When you look at creative work, you might be amazed at how simple they are, their beauty and